“You will never make it without anti-depressants” she said. (part II)

In my first post titled “You will never make it without anti-depressants” (part I), I spoke to you about my burnout and what helped me through it. And for three years, I felt content, complete, and hopeful that I would never have to go through something like this again.

All was Quiet On The Western Front…

… until the day I found myself in London (UK), attending a Stress Management class.

Thirty minutes into the session, the building started shaking. The instructor explained we had nothing to fear – they were digging in a nearby site and all was safe.

By mid-day, my hands felt cold as ice. So, I wrapped myself in my jacket and scarf. I was freezing, even though my fellow training participants seemed comfortable in their light autumn garments.  Throughout the day, I felt a general sense of unease, and was relieved when the day was finally over and I could get back to my hotel room. 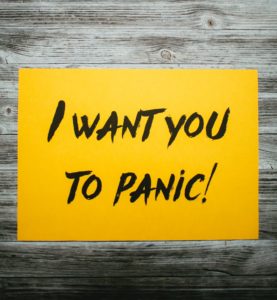 Photo by Markus Spiske on Pexels

As soon as I got into my room on the ground floor, I started having palpitations. My heart was racing. My chest was tight. My breathing was fast and shallow. I felt dizzy, and my mind was in a haze…

I was having a panic attack.

I tried to calm my mind. Tell myself that I was safe. Take deep breaths. To no avail. My body was hijacked in a flurry of panic and confusion. Followed by a flood of diarrhoea. I was scared. Confused. My legs felt weak. No matter how I tried to reason with my body that all was well – it wouldn’t listen. It was on overdrive, and I had no means to control it.

I called my international health provider who suggested I go to a nearby clinic – but what for? I knew there was nothing physically wrong with me. I didn’t need a Doctor. I needed a comforter.

So I called my mom.

I told her what was happening, and she stayed with me on the phone for over an hour. Soothing me. Praying for me. Until it was time to go to bed.

Eventually, the heart palpitations slowed down, and I was able to fall asleep. But it was a bumpy night, mainly because I was afraif of having another panic attack in the middle of the night.

When I woke up the next day, the sheer idea of having to go back to that training building made my stomach churn. So, I re-scheduled my flight for one leaving that same day in the afternoon, and I told my teachers I was unwell and won’t be coming back to class. Then I checked-out and headed to a nearby park.

Being in nature has always had a calming effect on me. I sat on the green grass. Watched the tree leaves flutter in the wind. Gazed at the sky. Breathed and prayed. Then I dragged myself on the Tube to the airport, and somehow made it through the flight back home.

The whole day I spent in fear of a second panic attack, which never materialised.

I had never had a panic attack before – not even during my burnout. And the irony that all of this happened while being on a STRESS MANAGEMENT class was not lost on me!

It’s uncomfortable, but not dangerous

While I never had another panic attack, that incident shook me at my core, and I found myself falling into a mini-depression for about a month. Once again, I was reminded of just how fragile I was, and how temporary feelings of anxiety or even depression will most likely keep coming in and out of my life. The Yin to my Yang …

I went to see my former psychotherapist.

She explained to me how panic attacks work, and reassured me that they ALWAYS pass. In fact, she said that people who get frequent panic attacks are better off waiting it out rather then combatting it with medication or even trying to “rationalise” the experience as I did in my hotel room.
“When you allow the body to go through the full panic cycle naturally (also called “flooding”), panic attacks can stop after 10-20 minutes vs. hours (as in my case)”, she said. “Often, they don’t come back. And if they do, they become less intense and less frequent” (here an insightful video by Dr. Harry Barry on the subject).

I felt a huge sense of relief to know that panic attacks, while very uncomfortable, are not dangerous, and that they always pass. 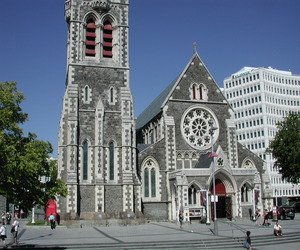 As I explored with my therapist the possible reasons for my panic attack, I realised that two main factors had contributed to that moment.

1. The shaking classroom in London had revived in me an old trauma.

In 2012, I woke up in a hotel room in Christchurch, New Zealand, to a thundering rumble and a building that was swinging like it was made out of cardboard. I grabbed our baby daughter, who was asleep next to me, in panic, and together with my husband we ran outside. The earth under our feet and everything around us was rattling. I held our daughter ever so tightly.

It was New Year’s Eve.

We kept experiencing one after-shock after the other that day. Massive black stones roared as old church buildings shook. I remember feeling a general sense of panic and fear all day, and throughout the night. Thankfully, my husband remained calm and composed through it all.

Working as a Case Manager and Counsellor that year seemed to have taken a toll on me. While I loved and deeply cared for my work and my clients, I had to come to the conclusion that my high sense of empathy was a double-edged sword. My inability to keep a healthy boundary between my clients’ heart-wrenching life stories and my own, was pulling me down into a rabbit hole I knew I did not want to lose myself in.

Hard decisions were in order

I worked on my old Christchurch trauma with my therapist.

I told my counselling managers that I will not be extending my temporary counselling assignment for another 6 months. Instead, I would stop by end of year as originally planned.

And, after a long soul searching, and with the support of my coaching supervisor, I decided not to pursue my second year diploma in Coaching. It would have implied flying back to the UK within four weeks, while I was still feeling shaken. Not to mention the long nights studying and writing assignments that I knew were awaiting me.

I was yet again trying to do too much… I needed to be kind to myself and set priorities. 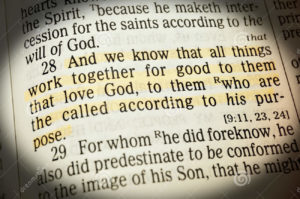 All things come together for the good

This is one of my favourite Bible verses:

“And we know that all things work together for good to those who love God, to those who are the called according to His purpose.” – Romans 8:28

Did I enjoy having a panic attack? Definitely not! But it ended up being my saving grace in many ways:

1. It allowed me to start a healing process of my Christchurch trauma.

2. It saved me from 6 months of turmoil and heartache, had I accepted that counselling assignment extension. A series of unfortunate events led to the dismantling of that team at the end of December, a few days before Christmas. Had I extended my assignment, I would have found myself in a very unfortunate and miserable situation.

3. Thanks to a highly empathetic school director, I was able to pass my Stress Management class remotely.

4. Instead of pursuing another general diploma, I got to focus my time and energy on specialised coaching trainings instead, such as Strengths coaching, Gestalt coaching, Team coaching and Non-Violent Communication. This turned out to be the more appropriate and fruitful path for me, and I’ve never regretted my decision.

5. Finally, all of the above allowed me to pursue a new career path as an individual-, strength- and team- coach, and workshop facilitator.

Once again, God had proven himself faithful and merciful unto me and my family.

One day at a time

The old me would have been very harsh on myself – judging every one of my decisions as a Loser’s decision. A Coward’s decision.

How can you give up so quickly – what’s wrong with you?

What do you mean you’re taking an earlier flight and dropping a class you’ve been looking forward to for months?

What do you mean you’re giving up on your counselling dream and not extend your stay with the team?

What do you mean you’re going to withdraw your coaching diploma application – which you already paid for by the way?!

But the truth is: Not taking the decisions I took would have been the real act of cowardice.

Not listening to my body and what the panic attack was trying to communicate to me would have been foolish.

By listening to my gut, and doing what felt right deep within my soul, I not only honoured my needs at the time, but it also led me on an alternative path. A path which tunred out to be much more fulfilling than my original plan.

It’s now been three years since my panic attack, and I haven’t had another one since. Part of me worries about it possibly happening again. And I do seem to have developed a fear of flying since then… Oh well! 🙂

For now, I’ve decided to take things one day at a time – riding the waves of life as they present themselves.